10 July 2014 I St Albans, United Kingdom [Miroslav Puji?, tedNEWS] Pastor Raafat Kamal, 50, is the newly elected president of the Trans-European Division of the Seventh-day Adventists Church (TED), based in St Albans, United Kingdom. Kamal’s name was recommended by the TED Executive Committee on 27 June and elected by the General Conference Executive Committee on 10 July 2014.

“I am honoured to be selected for this position and I accept it with sincere gratitude”, says Kamal, “I look forward to working with the TED team, Unions and Fields, and institutional leaders to make God known among our communities in Europe and bring glory to His name. I approach this new task prayerfully,” concluded Kamal.

Pastor Kamal’s appointment follows a nineteen-year tenure by Dr Bertil Wiklander, the longest serving president of the TED, who decided to retire to Sweden, his home country, with effect from 31 July 2014. 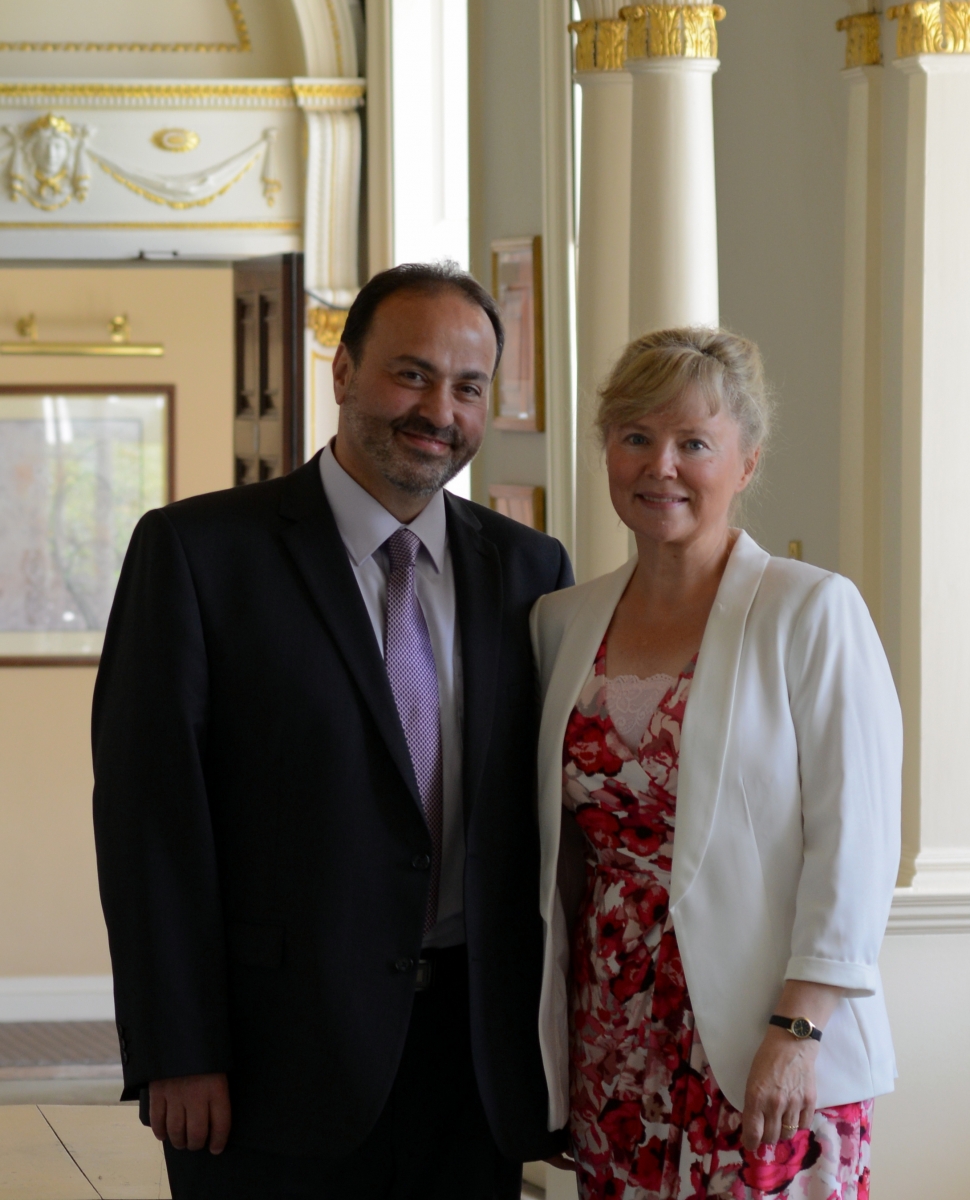 Responding to the vote, Wiklander commented, “I am delighted with the choice of my successor, Pastor Raafat Kamal. We have worked closely together for several years, and I know him as deeply committed to the church, its message and mission. He has a broad education and a wide international experience. Rarely has a division president come to his position with such deep knowledge of the division he will serve. He combines a brilliant mind with extraordinary humility. I know his great burden is to see the church grow in Europe. I will give him all my support in the future. I wish him and Heidi, his wife, God’s abundant blessings.”

Kamal, originally from Lebanon, has lived and worked in England, Norway, Pakistan and Iran. He married Heidi Kamal Kendel from Norway, a registered nurse, in 1987. The couple have two daughters.

During his career, Kamal has served the Church for four years as a teacher and school administrator, and 18 years mainly in administrative and executive posts. His position for the last seven years and until his appointment as president was field secretary and assistant to the TED President, with additional departmental responsibilities for Adventist Mission, Public Affairs & Religious Liberty and Stewardship.

Pastor Ted Wilson, president of the World Church, who chaired both committees made a comment: “God has a special regard for His church and its mission outreach in the Trans-European Division where people are bombarded with secular and materialistic influences. The proclamation of the three angels’ messages of Revelation 14 is needed in an ever-increasing way to bring the Good News of salvation in Christ and complete restoration by God to the people of the TED territory. As we look forward to that expanded role of evangelistic outreach in TED, it is a privilege to have Pastor Raafat Kamal as the new president of that division. He has a great personal burden to share with the TED territory the Biblical message of Christ’s love and the unique prophetic messages entrusted to Seventh-day Adventists as we share with the world the news of Christ’s soon second coming. We welcome Pastor Kamal to the senior leadership team of the Seventh-day Adventist Church as we humble ourselves before the Lord as a prophetic movement with a prophetic message engaged in a prophetic mission. We also take this opportunity to thank Pastor Bertil Wiklander, as he retires, for his many years of service and leadership to the Trans-European Division,” concluded Wilson.

The Trans-European Division is comprised of 23 European countries with a population of 202 million people and a membership of 84,000 members. This territory makes a total of 11 Unions and three Fields. For more information about the TED please visit www.ted-adventist.org. [tedNEWS]