18 November 2013 | Be?i?i, Montenegro [tedNEWS staff] At its 2013 Annual Council the Trans-European Division Executive Committee received and discussed a Report on the Theology of Ordination prepared by the TED Biblical Research Committee.

The Report is extensive and comprises 730 pages. It responds to a large number of questions regarding ordination which have been put to the Biblical Research Committees of the world divisions. This does not only include the issue of women’s ordination, but the matters of biblical hermeneutics, the biblical teaching on ordination, ministry, offices, terminology, rituals, the significance of laying on of hands, the development of ordination after the completion of the writings in the New Testament, the understanding and practice of ordination in the major Christian churches, its introduction and later development in the Seventh-day Adventist Church, and the view of Ellen White. At the end of a two-hour discussion, the committee members voted unanimously in a secret ballot to recommend the Report to the Seventh-day Adventist World Church’s Theology of Ordination Study Committee, which will meet on 21-25 January, 2014.

Bertil Wiklander, President of the TED and chairman of its Biblical Research Committee, has been significantly involved in the research and said after the decision: ‘It is clear that the leaders in the TED wish to see a thorough review of ordination as a whole and to have an inclusive ministry without gender distinctions. We have worked for 19 months with this report and have become astonished at what we have discovered in the Bible and various historical sources. The Report gives good reasons for the Church to review its practices in order to let them harmonize more with the Bible. We understand, however, that our contribution is only one of many and we are looking forward to continue working with the world church to seek biblical solutions while preserving unity of purpose.’

Besides a detailed biblical-exegetical and historical study of ordination in all its major aspects, the Trans-European Division’s Report contains the following twelve recommendations:

A. TOWARDS A BIBLICAL PRIESTHOOD OF ALL BELIEVERS: 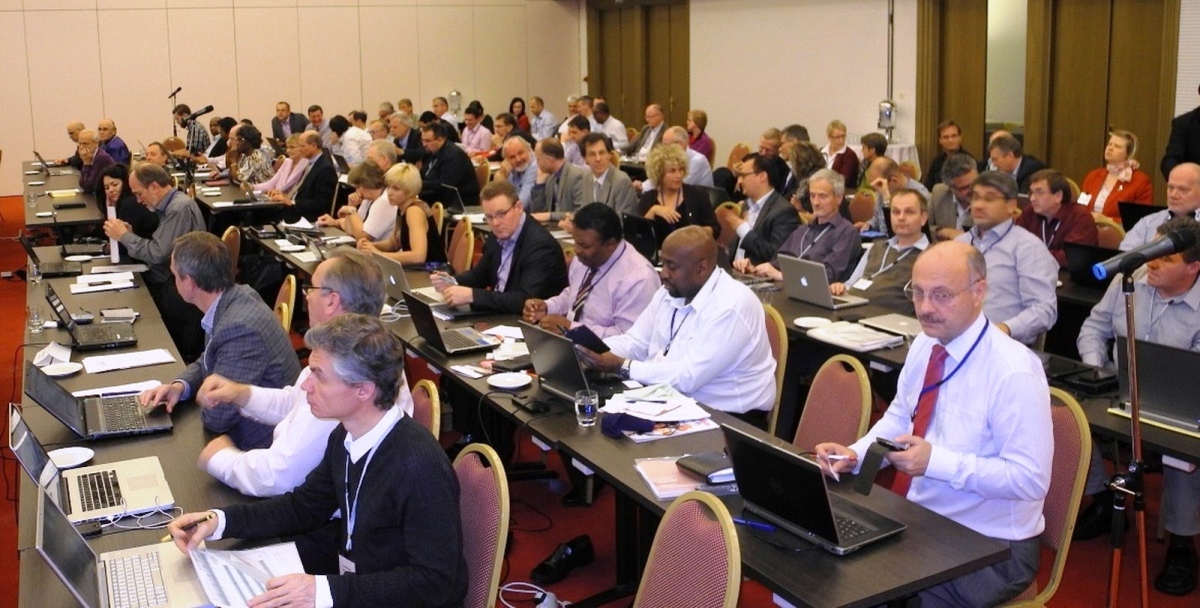 1. Focus on the Mission of God and All Being Servants for the Salvation of the World. The entire matter of ordination should be seen and our terminology should be defined in the context of God’s purpose for the world as the Creator in Genesis 1-2 and the end-time vision of Revelation 21-22. This will revive the doctrine of the Priesthood of All Believers and the inspired biblical theology of mission, church, and service. It will give a theological foundation for activating all members in mission.

2. Remove the Current Distance between Clergy – Laity and the Levels of Ordination. We recommend that the Church embraces truly biblical principles and frees itself from the continuing dependence on ‘Roman’ practices, for example, by:

(a) Finding ways to visibly include the role of lay people in the ordination ceremony (lay people are theologically included in the idea of the church delegating authority to ordained pastors, and lay people participate in the conference/union committee decisions to ordain a pastor);
(b) Removing any idea of ‘(apostolic) succession’;
(c) Removing the existing distance between clergy and laity, and the idea that the ordained clergy forms a separate class of members who are elevated to a higher status than others;
(d) Removing the levels of ordination between all the different ‘servants’ who work in the church (globally and locally) and applying, rather, one concept of servanthood but with distinctions of duties and responsibilities which are documented in written credentials;
(e) Removing the intricate differences between various levels of ministry, such as the licensed and ordained minister, the licensed minister and the ordained local church elder, the pastor and the local church elder, etc.;
(f) Admitting that there is no biblical command to ordain anyone by the imposition of hands and that there is no consistent biblical formula for how a leader is inducted to office in the Christian church.

3. An Inclusive Ministry. Where it is culturally appropriate, the Church should allow for an inclusive and gender-neutral ministry, which means that credentials will be granted to men and women on equal terms for all offices which require ordination, presently the gospel minister, the elder, and the deacon/deaconess. This means that the Church removes all gender distinctions in its Working Policy related to the ministry and thus fulfils the biblical intent of the Working Policy BA 55 on ‘Human Relations’.
If this cannot be implemented across the world at the same time, the Church should allow it where unions/divisions request permission to do so. This may mean that the world-wide recognition of an ordination in one country may have to be reworded in the Working Policy to the effect that an ordained minister’s credentials are subject to the acceptance of a receiving division/union/conference. 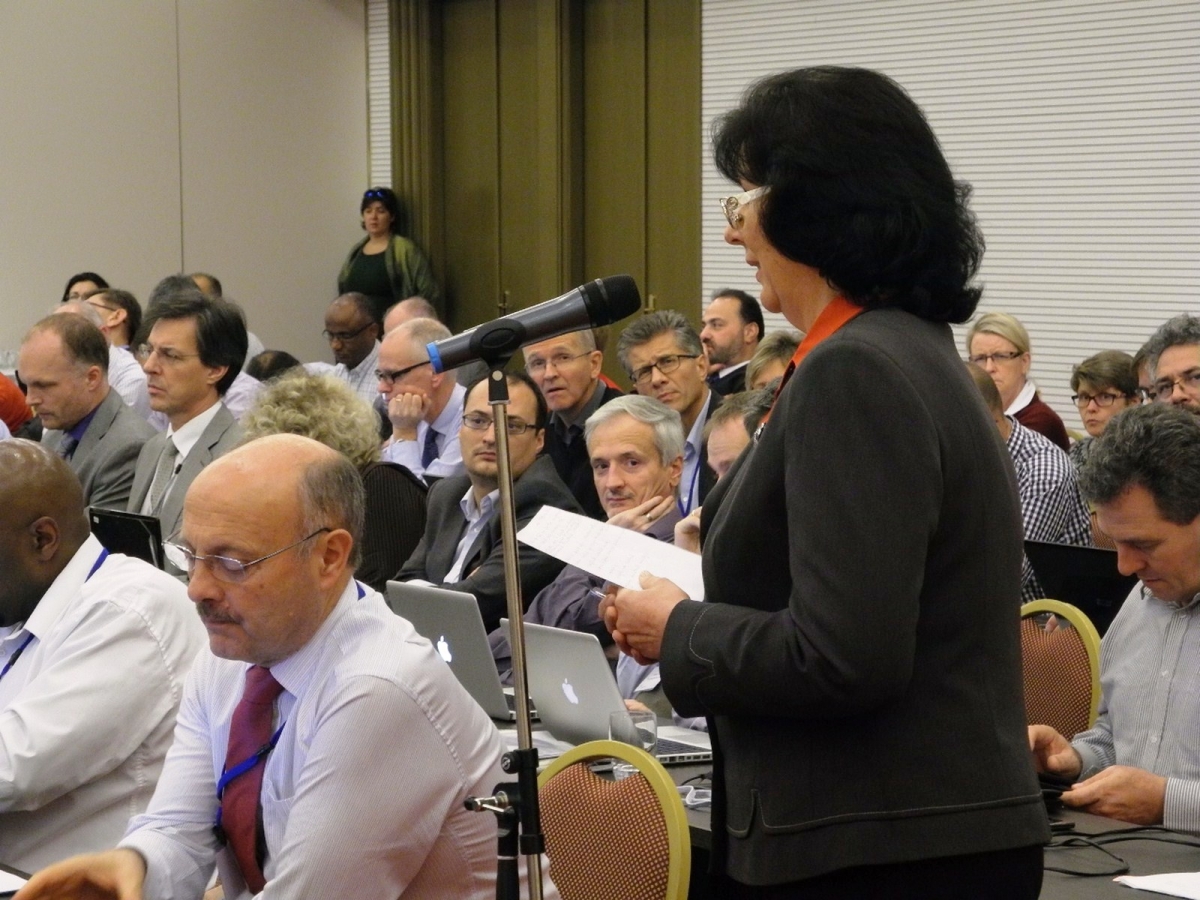 4. Recommendation to the GC Session in 2015. We propose that a recommendation be brought to the General Conference Session in 2015, that it approves a revised policy in which unions, whose constituency meetings in session have voted approval and whose division committee has voted approval, be allowed to maintain an inclusive pastoral ministry which removes all gender distinctions within the work of the church in that union territory.

5. Theology and Practice of Ordination – Education of Members. The Church should continue its development of the biblical theology of ordination. Based on our study, we urge the Church to proceed in considerably more detail than in the brief consensus statement now considered by the Theology of Ordination Study Committee. This should be accompanied by an organised and intentional attempt to educate members regarding the biblical rationale for ordination and what Seventh-day Adventists believe about it in view of the teaching of the Bible, our only authority for life and practice.

There should be an on-going teaching of church members regarding the mission of God, the nature of the Church and ordination. This is especially important for new members who come from Roman Catholic or Orthodox backgrounds. The Roman Catholic Church has extensive catechetical teachings about ‘Orders’, which is one of seven sacraments and lays the foundation for the priesthood and the right to determine a person’s salvation or condemnation. ‘Orders’ are part of even brief and popular Catholic Catechisms, but in the Seventh-day Adventist Church, we say almost nothing about ordination. This deficit has generated bias and unwarranted traditions that have determined members’ opinion on both ordination in general and women’s ordination. The text of the Working Policy is hardly known by members and is even insufficient as it now stands.

B. A REDUCED CEREMONIAL EMPHASIS: 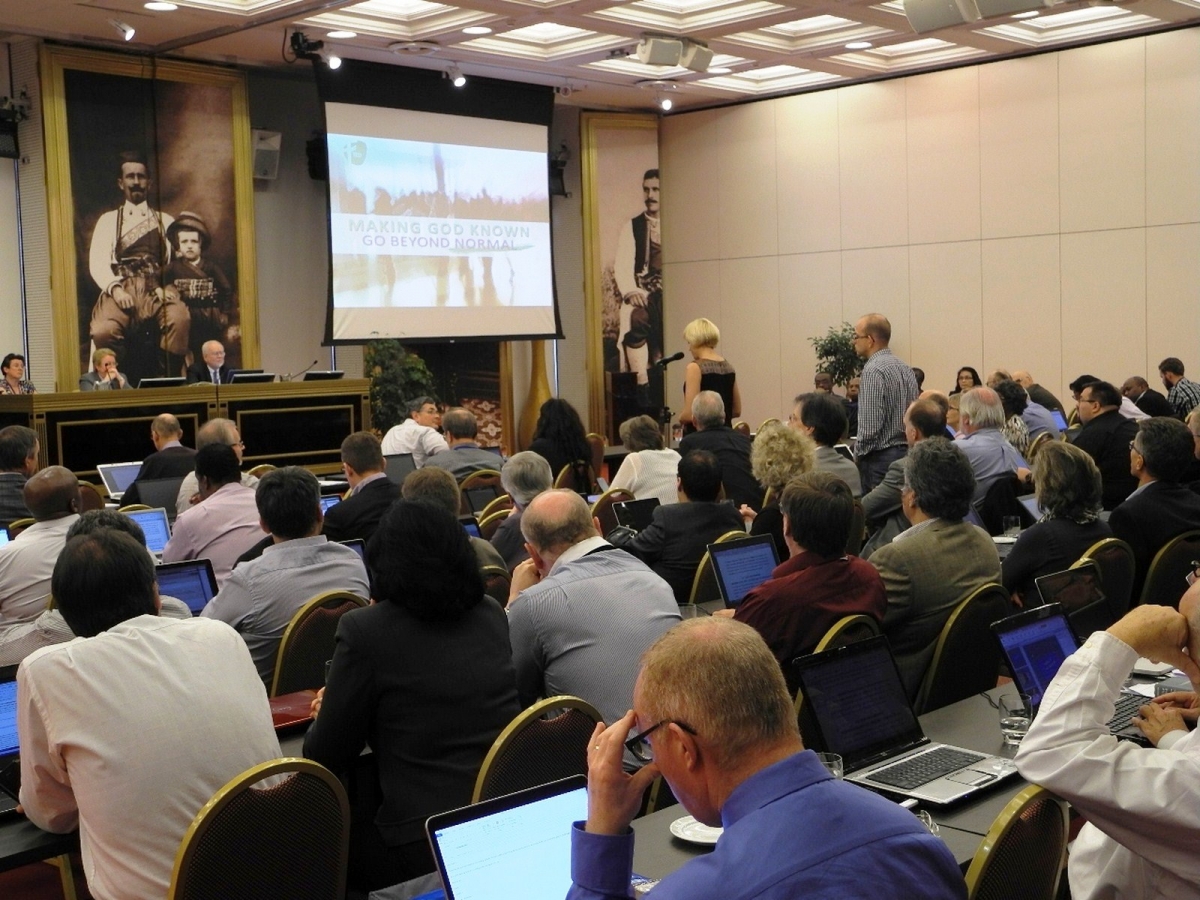 6. Consider the Best Terminology. The Church should carefully consider the wisdom of using the term ‘ordination’, which is ambiguous and loaded with meanings from the Roman Catholic Church and various Protestant denominations that are not biblical and that are confusing our members who have come to us from other churches. Its origins in the pagan Roman empirical administration, its laws and idol worship, and in the false Christian theology introduced by Tertullian and Cyprian and others after them, make a Seventh-day Adventist hesitant and uncomfortable about this term. We recommend therefore that terms that are closer to the biblical terminology are introduced, such as ‘appoint’, ‘commission’, ‘dedicate’. If for traditional reasons, it is decided to keep ‘ordination’ as a technical term in denominational language, it should be acknowledged that each language in the world has ways of referring to the concept of ‘ordination’ that does not reflect the English ‘ordination’ or Latin ordinatio. For example, Greek Adventists use the common Greek term of cheirotoneo, which is found in Acts 14:23. Other options abound in various languages and the Church should acknowledge the wish of a union to choose better terms in the local language than ‘ordination’ or ‘ordain’.

7. Remove Ritualistic and Consecrational Flavour. Seeing how ‘ordination’ is treated in the New Testament – which is where we must find our guidance on Christian ministry – we recommend that the ritualistic and consecrational flavour of the act of ordination, its vague mixture of granting the Holy Spirit or gifts for ministry and ecclesiastical authority be radically toned done and removed from policy and practice.

8. Make the Imposition of Hands Optional. While an installation ceremony is a positive and needed feature in church life, we recommend that the imposition of hands be an optional part of the ceremony. In the New Testament, the apostle, servants/ministers, overseers/elders are nowhere ordained by imposition of hands in clear terms. For these functions, however, there is a clear biblical ground for talking about being ‘appointed’.

9. Emphasis on God’s Blessing and Practical Aspects. We recommend that the emphasis in the ceremony be placed on the public recognition of the ordinand, the church’s confirmation of the ordinand’s call from God and commitment to serve Christ and the Church, the Church’s approval of the ordinand as teacher, preacher and spiritual leader, and the invocation of God’s blessing. 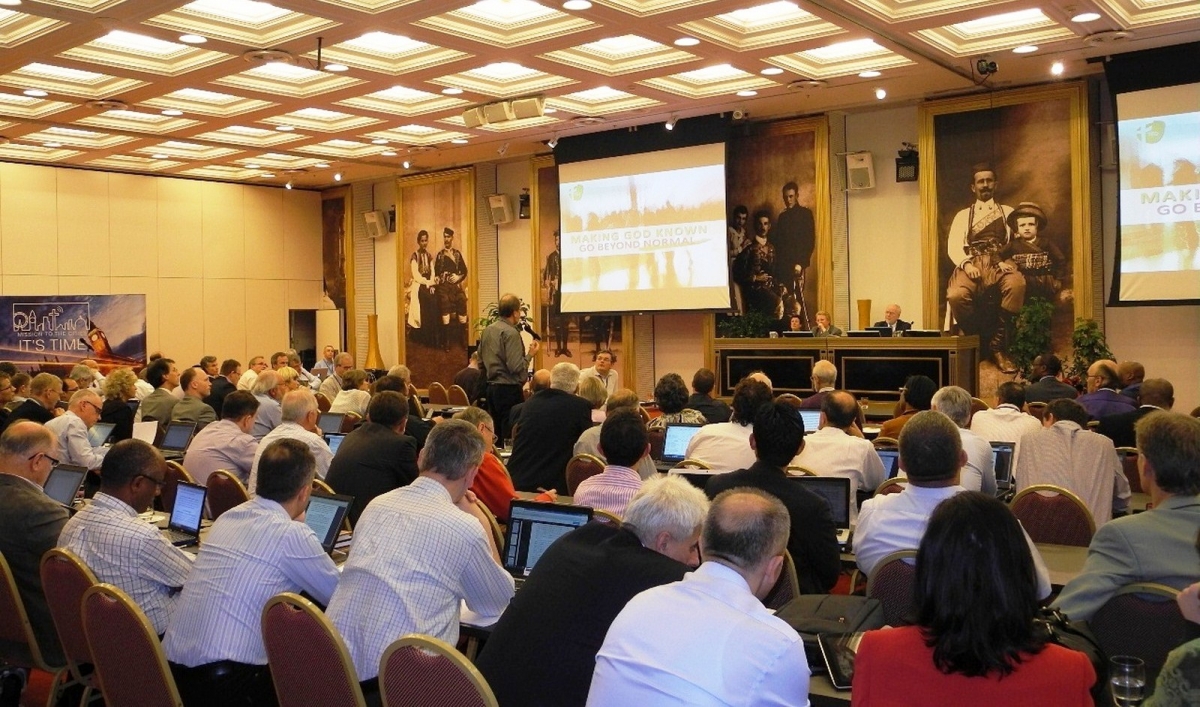 10. Review Who Is To Be Ordained in the Church. A special study should be conducted regarding the biblical basis for applying ordination to some offices and not others in the Church. All office holders in the Church are servants of God, but the Bible is not clear on who is ‘ordained’ and who is not. All officials at local church level and in conferences, unions, and the General Conference can be introduced to their functions when they start. This is practical and encouraging, but the biblical basis for ordaining only the pastor, elder, deacon/deaconess is very scant.

C. SOME OTHER RECOMMENDATIONS:

11. Separate Ordination from Election to an Organisational Office of Leadership. A clearer distinction should be made between the ordination (i.e. the ordained minister’s credentials) and the election of leaders for regular church offices in missions, conferences, unions, divisions, and the General Conference. Ordination for the gospel ministry should be for the ministry of the word (Acts 6:2) and not for administrative positions. If an ordained pastor is elected for a church office of organisational leadership, this is a different task from being a pastor (although some functions may overlap). Holding ministerial credentials may certainly be a merit of one who is elected as a leader, but in its theology and policy, the Church should ensure that the two are clearly distinguished, so that ordination does not automatically imply administrative or organisational leadership.

12. Improve Ministerial Training, Education, Preparation for Ordination, and Clarify Processes, Requirements, and Qualifications. We recommend that, based on the study we submit, the Church sharpens its processes and requirements for pastoral education and training, and develops better means by which the qualifications of an ordinand are examined, evaluated, and developed. [tedNEWS]