The Trans-European Division is a division of the General Conference of Seventh-day Adventists. It means that TED follows General Conference policy, except in cases where we request and are given permission to apply a variance to the common world-church policy. The 11 unions within the TED are all members of the General Conference (and the TED) and in their constitutions and bylaws they state that their faith, church order, and working policies shall be in harmony with the GC/TED.

These regulations in our church law explain the position taken by the TED Executive Committee on women’s ordination to the pastoral ministry.

In May, 1989, a survey of our unions’ positions on the ordination of women was undertaken and a clear majority was then not in favour of actually ordaining women as pastors although they may not have considered it biblically wrong to do so.

The policies of the General Conference from 1990 and onwards allowed for ordination of women as church elders, employment of women as associates in pastoral care (if they were ordained as local elders), and also commissioning of women in ministry for pastoral type of work in a union. This gradually led to a greater openness and even a sense of strong need for ordaining women to the gospel ministry in the TED. This was the case in some unions more than in others, possibly depending on the cultural context in which we live and work.

In response to this development in the 1990’s and 2000’s, TED has for several years organised regular councils for female pastoral workers. We have seriously looked at recommendations from this group. Thus, salaries, employment conditions, titles, and job descriptions for male and female pastoral workers have been made more and more equal in many unions. On 18 November, 2009, the TED Executive Committee voted unanimously to provide ‘Revised Guidelines for Commissioning’ where all that was possible to do within policy to create equality between the genders in pastoral kinds of ministry was established for the TED.

In January–March, 2010, the General Conference President, Jan Paulsen, initiated a survey among the 13 world divisions regarding their position on women’s ordination. The TED invited all its unions to take part. The outcome was that all our unions unanimously accept that there are no biblical reasons for not ordaining women and that it would not be a problem if the General Conference granted the TED authority to let unions, who so request, the right to ordain women as pastors. Of all the 11 unions today in the TED, only one union president stated that his union would not at present ordain women as pastors, even if it was permitted, but he had no objection to this being done in other unions. However, a majority of world divisions did not share our view and the GC leadership decided therefore not bring the matter forward to the GC Session a few months later.

The issue was however raised on the floor at the GC Session in Atlanta in June/July, 2010, in connection with the discussion and acceptance of the ordination of deaconesses. It was voted that the church would study the theology of ordination and seek a better biblical understanding of what ordination really means: If the church can ordain women as church elders and deaconesses, then why not also as pastors? We now have a detailed time table for this study, and it is clear that it is going to be a very comprehensive work that includes women’s ordination and all aspects of ordination in the church. Each division has been asked to provide a research report through their biblical research committee, getting input from the unions, voting it in their executive committee, and sending it to the GC Biblical Research Institute. The TED is now fully engaged in this work and our executive committee will be asked to authorise our research report in November, 2013. A co-ordinating body at the GC will then study the research from all 13 divisions and provide a report which will go to the GC leadership in the summer of 2014. If recommended by the GC Annual Council in October, 2014, a motion will go to the floor of the GC Session in San Antonio in 2015. We take the view in the TED that we actively participate in the study of ordination and then we wait and see what will be the outcome, believing that the Spirit of God will lead this matter to a good solution for his church.

In November 2010, the TED Executive Committee voted a document called ‘The Leadership and Ordination of Women’. Its purpose was to address the tension between the extraordinary mission challenges facing the church within our territories and the need to mobilize all our members, male and female, on the one hand, and church policy on the ordination of women, on the other. Four requests were made to the General Conference. Those requests and the responses were as follows:

In November, 2011, following the vote at Annual Council, the TED prayerfully considered how to respond to it. We consulted widely and received input from the unions. We recognise and understand that we are part of a global church and need to listen to and be in harmony with the decision of the church at large. The Committee voted:

The big question is of course what the Bible says about women’s ordination. We will provide an answer from our perspective in November, 2013, based on a very comprehensive research. In the meantime, I would ask you all to pray for this study. Without the Spirit of God and of Jesus Christ we can do nothing. But I would add that you can do more than praying. You can also study the matter for yourself, so that you understand what the word of God teaches on this point.

One way for you to get acquainted with the matter is by reading pastor John Lorencin’s booklet on women’s ordination—it is available in English with the title Priestly Ministry in the Old and the New Testament: Should Women be Ordained? (2012) Pastor Lorencin was the Yugoslavian Union President until 1994 and used to be very much opposed to women’s ordination. He admits that he took a traditional view and under the influence of his cultural context where there were three main religions: Orthodox Christian, Roman Catholic Christian, and Islam. He had not formed his opinion on the basis of the Bible, so when he retired he decided to study ordination in the Bible. In his book, as a pastoral Bible reader, in simple language, he goes through the whole Bible. He finds that in the New Testament, Christ has taken over the sacrificial priestly office from the Old Testament, so it is no more. Instead, Christ has fulfilled the sacrificial system and become our high priest in heaven where he now offers his benefits for us to God. As our high priest, he is also the head of the body of Christ, the church, which consists of the priesthood of all believers, which makes no distinction between male and female. He also points out that there is no word for ‘ordination’ in the Bible. It is used in the King James Version from 1611, but it is there based on old Roman Catholic translations from the 14th and 15th centuries. In fact, pastor Lorencin warns against letting the pastoral ordination be influenced by the Roman Catholic, unbiblical practice, which is rooted in the pagan Roman system of being promoted (Latin ordinatio) to a higher ‘order’ (Latin ordo) in the state offices. Any sense of the rite of ordination conveying a special status or character that is not already there through the gift of the Holy Spirit is unbiblical. Ordination is therefore a work of the Spirit and only recognised and confirmed by the church. Many of the points raised here have also been pointed out in the Seventh-day Adventist Encyclopedia, in the article on ‘ordination’ (1996).

And there is of course other literature on the topic. The teachers at Andrews University collected a number of papers on the topic in a volume called Women in Ministry (edited by Nancy Vyhmeister, Berrien springs, MI: Andrews University Press, 1998) and this valuable book is still available. I can add mention that Dr Jan Barna, one of our esteemed teachers at Newbold College, has written his doctoral thesis in 2009 on this topic and he is in negotiations to have it printed. His emphasis is the view of the Bible and the hermeneutics being applied in dealing with the matter of women’s ordination.

I want to say to you that I have never made a secret of my own personal conviction. I accept women’s ordination as being biblical and appropriate. But I am also very concerned that we manage this important matter in harmony and cooperation with the world church. I know that the Lord will bless our joint efforts to explore his word and to share it with our brothers and sisters world-wide. And I think the best thing we can do is to pray for the Spirit of God to lead his church to understand this matter in harmony with his will. As keepers of the heritage of the Protestant reformation, let us see this matter from a spiritual perspective and ask God to lead us to an understanding of his truth. And let us do it in a spirit of respect for each other, knowing that we all seek the truth and that Christ has promised that the Holy Spirit will ‘guide us into all truth’. [tedNEWS] 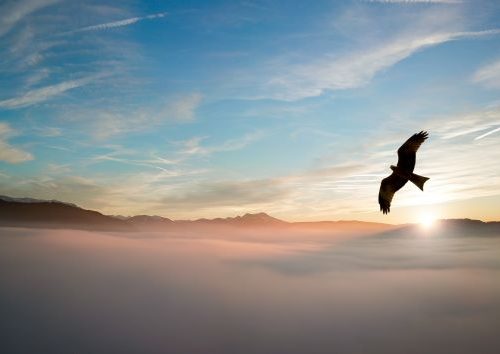 Jesus, the Exegete of the Father

Icelandic Youth – Together Again at Last

God Calls Us to Faithfulness, Not Success