Editors Note:  It is a year since Victor Hulbert took early retirement after being severely affected by Long COVID. Looking back he ponders on what God has for him now after he left his role as Communication director for the Trans-European Division (TED).

Following forty amazing years of serving God as a minister, radio and TV presenter, trainer, and avid communicator, a long-term illness precipitated my early retirement. Energy levels are low and my concentration span is limited.

How do I foresee the future?  What plans does God have for me now? These are hard questions. The one thing I discovered throughout my career is that God is a God of surprises.

I guess I should not be too amazed at the first one He sprung on me at age 16. My father, two of my uncles and one of my cousins were ministers. Today my son and two more younger cousins are carrying on the tradition, but aged 16, I had no intention of being a minister. I wasn’t even sure about my faith.

One evening in boarding school I stumbled into a classroom where a few of my friends were discussing running a youth outreach programme in the school hall.  I wasn’t really interested but ended up involved simply because it was a project with friends. Did I also mention I was really shy? No way would I be standing at the front or doing anything in the public eye. However, I loved tinkering with gadgets and so got involved with running the lights, the PA system and the projection.

I have no idea if anyone attending the programme made a commitment to Christ. All I know is that a few weeks later there was a baptism at my local church. This was a conservative, traditional congregation where nobody ever stood up when the pastor made an appeal. God had a surprise in store for me. The impact of the outreach programme, followed by the baptism found me rising out of the pew, beetroot red from embarrassment, and making a commitment to be baptised.

From there it was not too much of a jump to see my career path change. From a science focus at school, I felt compelled to change direction and study theology at Newbold College.

End of story? No, not quite. Three years on I had gone spiritually dry. I may have been studying the Bible, learning Greek, biblical literature, history, and theology, but it was no longer personally impacting my life.

I even remember sitting in church one Easter Sabbath. My dad was preaching but I just sat there questioning everything, including the very existence of God. It was a conversation that went on for a while. The answer came from God’s second big surprise.

Ron Myers paid a four-day visit to Newbold. As manager of Adventist World Radio Europe, he ran a series of radio workshops and a mini-radio station during Thursday assembly. He followed up with a call for a volunteer to work at the AWR office in Lisbon, Portugal, for the next academic year.

I made all the excuses I could think of, but I had an overwhelming impression that I should apply. I submitted the application forms at the very last possible moment. It was also a scary moment. As I placed them in the principal’s mailbox I knew with absolute certainty in my heart that I had the job. A certainty that came even though I knew some people I considered better qualified than me had also applied.

Ron must have wondered what he was getting when this timid English lad landed at Lisbon airport. My tasks included responding to listener mail and editing tapes for broadcast in the various languages of the former Eastern bloc communist regimes.

Within a couple of days he also had me at the studio to test my voice and ability to run a mixer. He then left for meetings in America, suggesting I practice in the studio and he would evaluate on his return.

The practice was for an hour-long programme, Music of Faith. The resources included a large selection of Contemporary Christian Music LP’s, a pile of old Insight magazines, and my Bible. Imagine my surprise when Ron returned from America, listened to my practise recordings, and put them straight on air!

I discovered that in the quietness of a studio with just the microphone as ‘my friend’, I could share my faith in a way that I could not do in public. God surprised me with a gift that I did not even know I had. With limited resources it also made me rely on Him more. My faith sprang back into life.

God had another surprise in store. Getting involved with the local church and youth group became another faith-building exercise. My guitar became an essential element of worship. Street witnessing and extended Friday night vespers were all part of the package, along with plenty of social activity. God’s surprise: before the end of the year, I was engaged to a vivacious Portuguese girl whose outgoing spirit balanced my shyness. By the following summer, we were married.

God did provide. Together we could do far more than I could ever have imagined. We were a team. Forty years later we can both see how God has continued to surprise us and bless us, even in difficult times.

I could give a multitude of examples. For instance, one time I was feeling a bit discouraged while serving as associate pastor at Camp Hill Church, Birmingham. I was enjoying my work but not sure I was making a difference. That Sunday I went to the church to help with Pathfinders. It was also a church cleaning work day. Out of the blue, at least five different people came up to me and thanked me for what I was doing. Surprise confirmation just when I needed it.

My last and most recent job was as Communication Director for the Trans-European Division of Seventh-day Adventists. I loved sharing, leading, training, and encouraging good communication skills and mission practice across the 22 countries and myriad cultures.  It turned out to be a fascinating job.

Yet it was a job I almost didn’t take.  When a call comes Luisa and I always pray about it together.  We both must feel that it is right. I was happy in my role serving in the British Isles and felt I was making a positive contribution to the mission. In addition, changing role would involve a lot more time away from home, leaving Luisa alone to care for her elderly mother and supporting our family where three grandchildren had just entered our lives.

We prayed, discussed the options and I declined the job. The pressure to think about it more continued. I discussed it with colleagues, prayed about it, and declined it several more times. It was when I got the fifth call asking me to reconsider one final time that Luisa finally said, “Victor, maybe God is telling you something. Maybe you need to say yes.”

Yet another God surprise. A job I had never aspired to, never wanted, gave me an immense amount of satisfaction and fulfilment.

Today I am left with a quandary. I have seen God’s leading and surprises so many times in my life. So why, in the midst of such a fascinating and rewarding job, have I been struck with a long-term illness that has gradually curtailed my work life and forced me into early retirement?

Luisa and I have both asked the question.  Neither of us have the answer, and despite the very many prayers and the huge support of work colleagues, family, and friends, we find ourselves in what feels like a dead end.

We still enjoy life. Our garden looks better than it ever has before. That gives us a lot of pleasure. When able, we spend a lot of time in nature. That is good therapy. Our family and friends are amazingly supportive. There is much to be thankful for – and yet there is that sense of loss for what I could be doing.

What is God’s next surprise?

The author, Ellen White, writes, “In reviewing our past history, having traveled over every step of advance to our present standing, I can say, Praise God! As I see what God has wrought, I am filled with astonishment, and with confidence in Christ as leader. We have nothing to fear for the future, except as we shall forget the way the Lord has led us, and His teaching in our past history.”¹

While she is writing about the advance of the Seventh-day Adventist Church in its early days, the words equally strike me as very personal and applicable.  It is the story of my life.

I add to that the words of the apostle Paul. He ended his days in a far less comfortable place than me – and still with that annoying thorn in his flesh.  Paul states that in every situation he learnt to be content – and his letter to the Philippians is solid proof of that principle working in reality, together with the gift of encouragement.²

Most of all, a contentment that comes from knowing I serve a God of surprises. I do not know the future. God does. Just maybe I can hold onto the promise that he may yet have another surprise or two lined up. I hope so.

This article is one of the 57 stories shared in the a recent inspirational publication from Newbold Church, Praising God, Newbold Church around the world. Authors range from the likes of Derek Morris, Jeffery Brown and Joan Kristensen to perhaps less well known church members and former members who share how God has impacted their lives. Copies are available at £5.00 each plus postage and packing. Email [email protected] for details 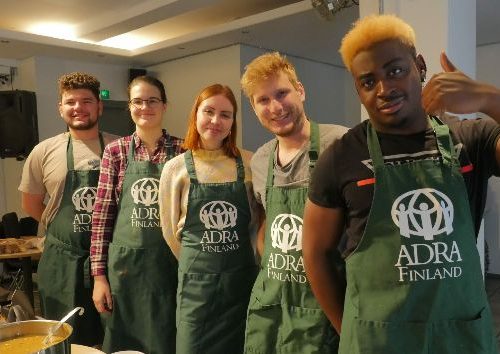 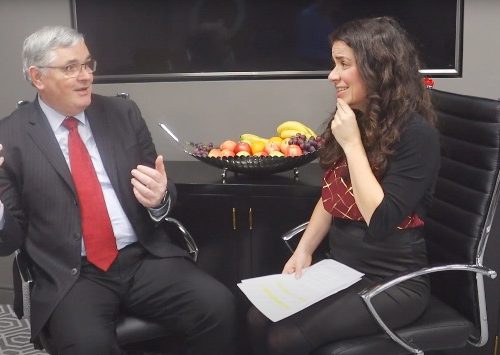