After a year of hard work and cooperation, GAiN Europe leaders are releasing “Happiness” their newest multimedia offering. Happiness, the fifth GAiN Europe project of this kind, is the result of cooperation between the Trans-European (TED) and Inter-European divisions (EUD) of Seventh-day Adventist, and Hope Media Europe. Special contributions from North, South and Inter American divisions make this project the largest yet. 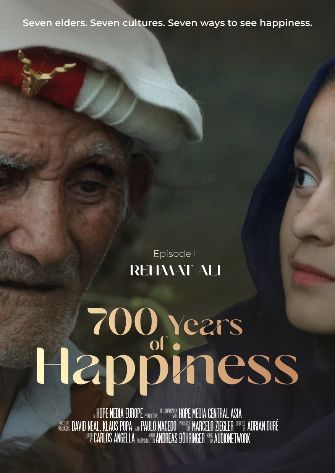 “The project, supported by the General Conference and the commitment of several divisions, is coordinated by a team of international creators… [with contributions from] practically all continents,” said Adrian Duré, Europe project coordinator and Hope Media Europe producer.

“Happiness” is the fifth in a series of collaborative projects aimed at sharing the Gospel with the many and various European peoples and cultures, dominated in the main by a worldview that feels no need of God. Each theme seeks to share a biblical teaching in a first approach way to connect with someone who knows no teaching nor Christ.

The series began in 2016 considering the matter of ‘Rest’ followed in 2017 with ‘This is My Mission’  highlighting a value right at the heart of the Christian faith, “there is nothing better than living for others”.

For 2018 the project focussed on ‘Fathers’ to create concreate, positive and focussed material for families and the important role they play in families with the intent to motivate and highlight the special privilege and process of taking the responsibility of being a father, something modern European society is slow to recognise.

The launch of the 2019 project ‘Uncertainty’ immediately preceded the COVID-19 pandemic, and when taken in the long view was launched in the context described by the Sunday Times journalist John Glancy, during “six years of tumultuous news” for Europe from the political drama of Brexit in 2016, to the continuing war in Ukraine today. The title of the book published for this project was “The End of Uncertainty, Returning from Exile” , providing a clear Christian perspective how faith turns from surviving in the age of uncertainty, to thriving.

And now in 2023 the ‘Happiness’ project has arrived with the first episode of the docuseries “700 Years of Happiness” premiering on Friday 3 February.

What the Project Includes?

Who can use the material?

These resources are available free of charge to through the GAiN Europe network. They can be used by Church media entities, ministries, Hope Channels and Adventist Radio stations around the world. The content is currently available in English, with the possibility to be adapted/translated easily to many languages and cultures.

Commenting on the launch of ‘Happiness’ TED Communication and Media director David Neal recognised the relevance of this year’s project. “Given the uncertainty Europe is facing, and following our previous project to lead the viewers and readers from uncertainty to hope in Christ, it seems fitting that we add to this series by considering the meaning of true happiness. Continuing, Neal highlighted how once again the ‘Happiness’ project demonstrates, “What we can achieve together is much more than what we can accomplish by ourselves.”

“Happiness is not necessarily something we have from birth, but something we learn” says Adrian Duré, commenting on the topic chosen for this year multimedia project. The films and book aim at “motivating and inspiring the audience and readers” to recognise that “happiness is not a destination, but the path we travel every day” Duré continued. “Happiness can be found every day, all around us, even in the simple things. It is within our reach.” However, “it is important we accept our realities and who we are,” Duré concluded, excited about the way this multimedia project will allow viewers to dive deeper in such an important and relevant topic.

“As a GAiN Europe team, we pray that these free resources will inspire reflection and dialogue in our local communities and beyond. We hope they’ll serve as a springboard for conversations on cultivating happiness and resilience as well as sharing our Hope,” said Vanesa Pizzuto, TED Communication and Media Associate director.

But the story does not end here. Collaborative work has already begun on the next network project focussing on finding “Purpose and meaning in life”. Watch this space!

A vision to share the gospel with more impact and power than ever before.

Praise Without Apology - the antidote to crisis!