In his first Year-End Meeting sermon as president of the Trans-European Division (TED) Executive Committee, Dr Daniel Duda painted a picture of how we as church leaders #Engaged in Mission extend God’s love. Noting that there are two different types of people, he said, “There are those who add air to your balloon and there are those who take air out of your balloon… some people breathe life into you, reminding you that our God is a good God.” The result is clear, Duda added, when people breathe life into you, “The anxiety level goes down, while hope and trust goes up, and believing is somehow easier.”

Changing the metaphor, Duda then likened the two groups of people to ‘Balcony people’ and ‘Basement people’. Balcony people are those who cheer you on in your life and your race. They exhort, encourage and support, the kind of people who want you to know that God is with you. “When you are around them”, he explained, “they fill your emotional tank and bless your soul.” In contrast ‘basement people’, Duda described as those who, “When you are not looking, stick the hose into your tank, and siphon the fuel out. They drain your energy, and somehow everything becomes difficult. You lose hope, and they bring you down.” 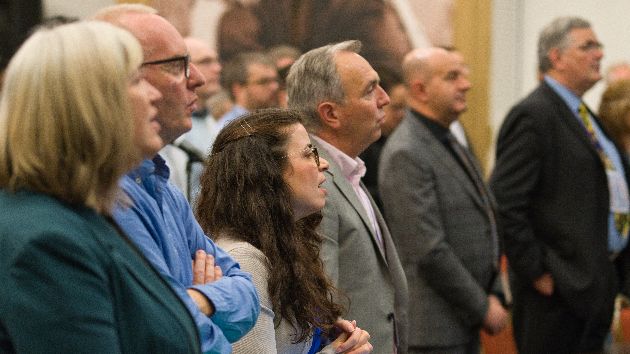 While ‘Balcony people’ is a sociological term, the idea is deeply rooted in the New Testament, with the call to “Encourage one another” explained Duda. In particular, his focus was on “Barnabas – which means son of encouragement” (Acts 4:36 ESV). “And why is Barnabas a role model for TED leaders? Because of his Cyprus roots, a Hellenist, an Israelite born overseas, not a Gentile, but not a proper Israelite either. Instead of complaining about his situation, he becomes a balcony person, connects with the followers of Jesus community… sold a field he owned and brought the money and put it at the feet of the apostle’s feet” (Acts 2:37ESV). “And notice” Duda highlighted, “he doesn’t do it so that he gets the credit.”

We Encourage People by Giving

Drawing on his own life experience, Duda recalled an answered prayer in being able to attend the 1978 European Youth Congress in Lausanne, Switzerland. Travelling by train to the event, a distinguished lady in his compartment engaged him in conversation, interested in where he was going. As Duda shared the purpose of his journey, that he was from the [former communist] Czechoslovakia, the woman, inspired by the conversation said, “This is for you”, and gave him twenty Swiss Francs. “I still remember this after 44 years ago”, said Duda. 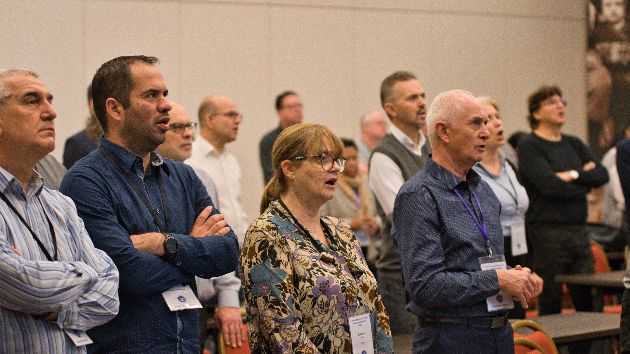 Duda then noted how in Acts 9:1 Barnabas (‘a no ordinary Joe’ – his original name) meets Paul the new believer – but who is mistrusted by the “disciples and the church – everybody is afraid of him”, believing his conversion to be a pretence. “No one would even come close to him” explained Duda, “but the community of Jesus cannot function if people do not come close to each other.” It is to Barnabas that the disciples turn to for help “because” emphasised Duda “Balcony people have this incredible gift: they believe people can change with God’s help. They do not let who you were yesterday limit or determine who you might become tomorrow. It’s a wonderful gift. You and I are here because somebody saw potential in you.”

As Duda reminded listeners that the church embraced Saul, he posed a question. “Can you imagine what would have happened to Saul if it had not been for Barnabas? How Saul would have been discouraged, dropped out, and become a backslider? Saul’s acceptance into the community of the followers of Jesus was the result of the actions of the ‘balcony person’ who gave him this gift of a new beginning”. Pointing to the wonderful summary at the end of Acts 9, Duda recognised the record here to be a big moment in the history of the church and of how the people were able to accept those who are different. “The church throughout Judea, Galilee, and Samaria, enjoyed a time of peace. It was strengthened, encouraged by the Holy Spirit. It grew in numbers, living in the fear of the Lord” (Acts 9:31).

But the story does not end there, pointed out Duda, because as the church began to expand, it began to experience the miracle of Gentiles embracing Christianity. However, with these conversions also new challenges emerged. Not least, posed Duda, “What do you do when the reality goes contrary to your theology? Because the Gentiles didn’t know the Torah, they didn’t know how to live properly, yet they responded to the invitation of Jesus to become part of this new type of community.”

As Duda wrestled over the church coming to terms with a new reality, he brings Barnabas back into the picture, because he is key and notes he is appointed to serve as a field secretary. And as Barnabas saw the evidence, the tradition, and as Duda describes “He saw the grace of God at work… he was glad that God was doing something new and encouraged them all to remain true to the Lord – God is doing great things in your midst with all of your hearts” (Acts 11:23-24).

Before sharing the lessons in leadership to learn from the experience of Barnabas, Duda shared the wonderful result – “A great number of people brought to the Lord” (Acts 9:31).

Duda concluded his sermon noting that the relationship with Paul and prominence of Barnabas goes through a change, almost a ‘he must increase, and I must decrease moment’. Duda noted, “When we are generous – when we give people another chance and find people who can make good use of new opportunities.” And the story shows how Paul becomes the great missionary to bring Christianity to Europe, “Paul’s ministry went on to become far more visible than Barnabas’ own ministry. But Barnabas is not worried or jealous, he is happy for Paul – because Barnabas is a balcony person.”

“Are we balcony people?” asked Duda. “What if there were 100 leaders like that in the Trans-European Division? How the work of the community of Jesus would look different! And if there were 88,000 like that in our part of Europe… the world would be a different place!” 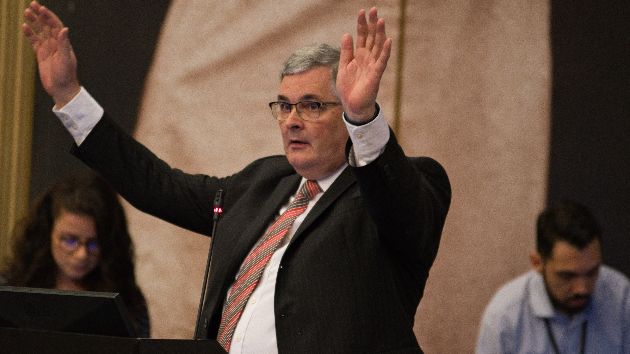 May God bless you with discomfort at easy answers,
half-truths, and superficial relationships
so that you may live deep life
from your Spirit-filled heart.

May God bless you with anger at putting people down,
oppression and exploitation of others,
so that you may work for healing, peace,
freedom and opportunity for all.

May God bless you with tears to shed for those who suffer from pain,
loneliness, rejection,
so that you may reach out to comfort them
and to turn their pain to joy.

And may God bless you with enough foolishness
to believe that you can make a difference in this world,
so that you can do what others claim cannot be done!

In the name of Jesus