Stretching during voting intervals became a new feature on day three, allowing delegates to flex their muscles during the lengthy daily proceedings. Dr Peter Landless, General Conference (GC) Health Director, suggested this new opportunity to move during the three-minute time it took for the delegation to complete the electronic voting process. 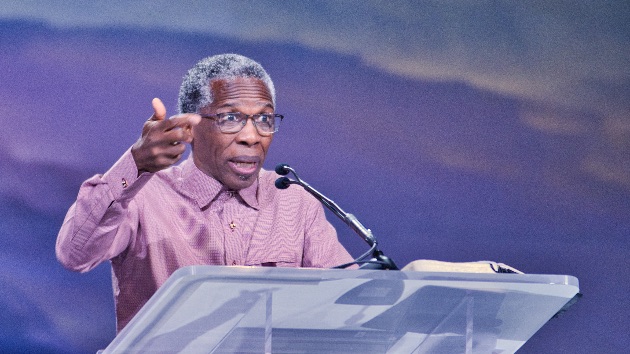 After an inspiring devotional by Pastor Jongimpi Papu titled, “What will You give me, and how will I inherit it?” the day’s business began in earnest, following a season of prayer. Pastor Ella Simmons, the outgoing first female general vice president of the GC, effectively chaired this technical and long business of recommendations, for the amendment of sections of the General Conference Constitution and bylaws following much discussion.

The afternoon report began with the ninth report of the Nominating Committee – recommending the election of 13 division presidents. The announcement included a new president for the Trans-European Division (TED) in the person of Dr Daniel Duda, previously Education Director and Field Secretary. Duda replaces Raafat Kamal who served the TED for a total of 14 years, 8 years as president.

As the Division presidents were introduced to the delegates, General Conference president Elder Ted N. C. Wilson offered prayer for these leaders and their families. We share

The Nominating Committee also presented their report number 10 for the election of Division Secretaries and Treasurers, including a new Secretary for the TED in the person of Pastor Robert Csizmadia, currently serving as president of the Duna Conference, Hungarian Union, and re-electing Nenad Jepuranovic as Tresurer for the TED. tedNEWS will be providing further details of Csizmadia’s ministry in the next edition. With over 140 nominees brought to the floor, the Nominating Committee effectively completed its report today.