On Wednesday 8 June, delegates to the General Conference Session voted to elect Dr Daniel Duda to serve as president of the Trans-European Division (TED) for the 2022-2025 period.

Duda is no stranger to the TED. Born in Slovakia, but citizen of the Czech Republic, he trained for ministry at Newbold College (now Newbold College of Higher Education) during the early 1980s. Returning to ministry in his homeland, he served as a local church pastor, evangelist, theology lecturer and Ministerial Secretary in the Czecho-Slovakian Union. In the 1990s, Duda accepted a teaching position in Russia as theology lecturer, and then Head of the Theology Department and Academic Dean at Zaoksky Theological Seminary (now Zaoksky Adventist University). 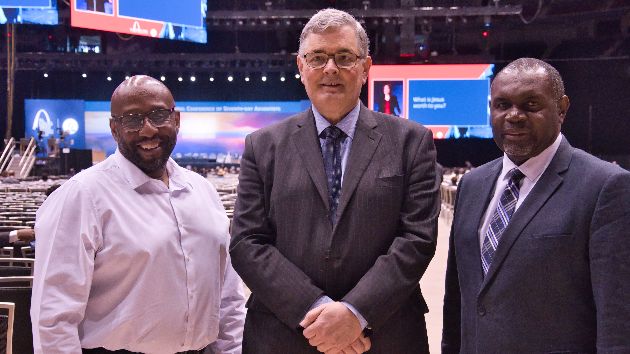 A return to England followed in 1989, in response to a call to serve as Lecturer in Pastoral Studies at Newbold College. Later, he became Principal Lecturer in Biblical & Systematic Theology.

Duda holds a Master’s degree from Univerzita Komenského v Bratislave in Theology/Theological studies, a Doctor of Ministry degree from Andrews University and a Christian Counselling Diploma from London Bible College. Besides speaking his native Slovak language, he is proficient also in Czech, English, German and Russian.

Duda’s appointment to the role of president brings the combined spiritual gifts of pastor, theologian, and administrator. Renowned for digging deep into Scriptures and capturing fresh insights for life and witness, Duda ably demonstrates his calling and passion, with a non-negotiable commitment for discipleship and mission to be inseparable. 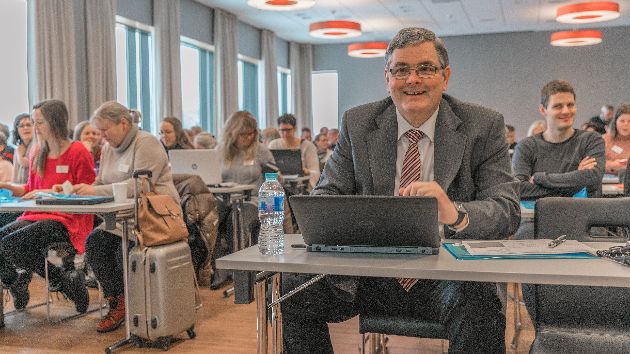 Over the past almost two years, in addition to his elected roles, Duda has been on secondment to Newbold College, serving as Transitional Head of the Centre for Ministry and Mission. His goal was “to recast a vision for Newbold’s mission in the multicultural and generally post-Christian context of twenty-first-century Europe, by revising the curriculum to inspire and equip men and women for front-line service.” As the new Chair of its Board of Governors, he wants to see Newbold College go from strength to strength as the key division institution.

Duda has a strong commitment and passion for preparing todays and the next generation of Seventh-day Adventist youth to communicate the Gospel in both word and deed. One of Duda’s noteworthy characteristics is to see him beam with joy as he experiences a sermon or Bible study presented by a young student who has dug deep into Scripture, discovered hidden treasure, and expounded the Gospel. Talking about a call to full-time ministry, Duda appeals, “If you feel the call from God, go for it. Your life will be transformed, and you will experience a ride more exciting than you can imagine. You will gain new tools to deal with difficult questions and doubts, and you will be able to help other people as well.”

Asked about his vision for the Trans-European Division, he said: “I want our churches to be communities of hope in this difficult time. People need hope. We need to put service, ministry, and outreach first.”

“I want to see building relationships as a key priority, developing people, leaders, increased teamwork in the context of a caring and positive atmosphere. We all have different strengths and gifts, and in diversity, everyone has a role to play. We are stronger together!” Duda emphasised. “As the TED Office, we will continue to use our resources in a transparent way to enhance the mission and outreach of our Unions and Attached Fields.”

Married to Viera, they have two adult sons, Marek and Roman. Duda’s wife of 39 years, Viera, also serves at the TED office in St. Albans England in an Accountancy role. In his spare time, he enjoys cars, computers, and photography.