11 October 2012 Banbridge, Northern Ireland [Weiers Coetser, BUC NEWS] Dublin will be the British Union Conference ‘City of Hope’ for 2014. The announcement was made by Pastors Ian Sweeney and David Neal at the Irish Mission Day of Fellowship in Drogheda on Sabbath, 6 October. This heralds the beginning of a three-year evangelistic drive in the City of Dublin and across Ireland.

Speaking to an audience of up to 600 church members and friends gathered for worship from across the island of Ireland, Pastor Ian Sweeney, President of the Seventh-day Adventist Church in the UK and Ireland, explained that the Adventist Church had always been a predominantly rural church making little impact on cities.  With more than half of the world’s population currently living in cities, it has become important for the Church to develop and improve its outreach to urban areas.  It is with this priority in mind that the World Church launched the ambitious ‘Hope for Big Cities’ project.

The project launches in New York City in 2013 in a project led by Adventist World Church headquarters.  In addition to this each Division of the World Church has targeted one city of hope.  The Trans-European Division will be focusing on London as the largest, most diverse city in their area.  Following close on the heels of this initiative, each Union will be selecting one city in its territory to be a city of hope.  For the British Isles this city will be Dublin.

Sabbath afternoon Irish Mission President Pastor David Neal gave more details of what the designation of Dublin as City of Hope would mean to the Irish Mission.  “The Mission’s activities over the next two years will be focused on this outreach project.  Our initial drive will be to prepare our congregations to become more welcoming and friendly to newcomers and to launch new efforts to make contact with the local community.”  Marian Cully, a member of the Banbridge church, who joined the Church from a Roman Catholic background, shared a humorous story of how a pastor in the church had confused her surname with the name of her husband, but that several informal contacts with the church over a period of time awakened a spiritual interest that led to her being baptised after a net evangelism programme by Mark Finley.  David Neal expressed the hope that this story will now replay itself hundreds of times.

The highlight of the City of Hope Project in Dublin will be a double evangelistic campaign led by Mark Finley for 10 days each in May and September 2014.  The great hope of this ‘project of hope’ is that more people will be introduced to a living relationship with Jesus and that new churches will be planted, not just in Dublin but across the whole island. 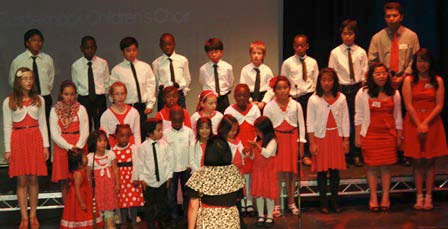 Other highlights of the day included performances by choirs from Dublin, Belfast, Cork and Ballinacrow.  A children’s choir from the Castleknock congregation also made a big impact.  Ireland is not short on musical talent.

Jeason Kanagaraj from Dublin Ranelagh enjoyed the whole day.  “Pastor Sweeney, time and time again has proved that he is one of the gifted speakers with his impeccable sense of humour.  What really impressed me was the music.  The different choirs and groups were outstanding!”

In one of the afternoon presentations, the focus fell on church members’ experiences of participating in the ‘Revived by His Word’ campaign.  The aim is to read through the Bible one chapter per day.  Joan Muldrew from Hamiltonsbawn shared how she looked forward to ‘quiet time’ every morning during which she could reflect on the designated chapter and read the Scripture blog that was sent to her by daily email from the Revived by His Word website.  Lilian Cooper from the Newmarket-on-Fergus congregation told how she had regular long conversations with her prayer partner, Suelyn from Galway about the chapter for the day.  Lilian’s reaction to the day?  “[It] was fantastic, the programme, everything was well planned and I’m sure a lot of planning took place beforehand.”

The day of fellowship was a celebration of Adventism across the island of Ireland.  One of the features of the day was a multimedia virtual tour to the 16 churches and church groups across the Irish Mission with a script read by Marci Neal.  It shared some of the highlights of church life in each congregation.  Many of the members featured in the presentation had travelled to the meeting by car.  Stephen Wilson, pastoring in Dublin, commented that it was a joy for him to see so many churches sending coaches filled with people.  “Every church was represented.” 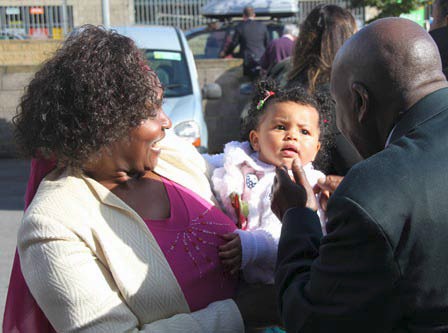 Pastor Sweeney, whose wife accompanied him on the trip ? her first visit to the Irish Mission ? spent some time explaining that he also had Irish roots.  His great grandfather was Irish.  Pastor Sweeney’s claim was more than an attempt to find a connection with the Irish members.  He reflected on the fact that immigration was a worldwide phenomenon and that the temptation always existed to dream about the countries that we originally came from.  The danger with this is that we sometimes lose sight of the fact that God called us to this new country for a reason.  We become caught up with pursuing a more prosperous way of life without recognising that God wants us to become a blessing to the new communities that we find ourselves in.

Reflecting on the impact of the day, Sunny Nakka from Dublin Ranelagh said, “Pastor Sweeney’s message was well received ? it certainly did it for me!  A timely reminder of our mission here.” [tedNEWS]