So he began to pray for an alternative to knocking on apartment doors and stopping people on the street in this country where less than 5 percent of the population of 2 million attends church regularly.

Zelčs believes he has found the answer: a health food store called Dabas Stacija (Nature Station) that he manages and co-owns in Latvia’s capital, Riga. He quit his job as an engineer in 2014 to work full time in “business evangelism,” as he calls it.

“The store is important because it offers healthy food,” Zelčs said after showing visitors around a centrally located store filled with plant-based meat, cheese, and ice cream products alongside bags of organic lentils, beans, and popcorn.

“But more important, the store allows me to connect with people, to talk with them and get to know them, just as Christ mingled with people as one who desired their good,” he said. “Later I can gain their confidence and invite them to Bible studies or something else.”

With those words, Zelčs echoed a statement written by Adventist Church cofounder Ellen G. White and emphasized often these days by world church leaders: “Christ’s method alone will give true success in reaching the people. The Saviour mingled with men as one who desired their good. He showed His sympathy for them, ministered to their needs, and won their confidence. Then He bade them, ‘Follow Me.’”

The passage from the book Ministry of Healing, p. 117, is the store’s mission statement, and Zelčs, a lanky 27-year-old with a friendly smile, repeated it several times during a 90-minute interview. He has committed it to memory, along with other passages from White’s writings and the Bible. Zelčs eagerly whipped out a mobile phone with a cracked screen to show a journalist how he uses a mobile app called Scripture Typer to memorize passages during his 30-minute tram commute to work in the mornings. Too weary to memorize on the ride home at night, he is listening to an audio book of White’s The Desire of Ages.

The Dabas Stacija store, which opened in April 2015, is already profitable as it fills a niche in Riga with its wide selection of plant-based products and comparatively low-cost grains, nuts, and seeds, Zelčs said. All profit is being reinvested in the store. Customers are mostly under 30, and about 80 percent are not Adventist.

“We are preparing the soil. We are building people’s confidence,” Zelčs said.

But the store has seen some encouraging results, he said. An elderly customer recently confided to Zelčs that she was sad after losing several relatives. As they spoke, they learned that they both were born in the same town about 125 miles (200 kilometres) from Riga. As the conversation grew more friendly, Zelčs provided information about the health benefits of a plant-based diet. He then told her that the store was owned by Christians.

“She became happy and said, ‘I came here sad, but now I am leaving joyful,’” Zelčs said.

Another customer has started sending her daughter to the Pathfinders club at an Adventist church.

Zelčs said customers were noticing something different about the store. They express surprise that the store’s staff members are always kind, even to rude customers. They wonder why the staff smile and help each other without a hint of rivalry or argument.

“Witness is not so much what you say but what you are,” Zelčs said. “People notice that we are so peaceful and happy and begin to wonder, ‘Maybe they know something that we don’t know.’”

The Dabas Stacija store is among hundreds of Adventist urban “centres of influence,” where church members use everyday encounters to share the gospel in the world’s biggest cities as part of an Adventist world church initiative called Mission to the Cities. Among the other business establishments are a bookstore in Serbia’s capital, Belgrade, and a cafe in the Middle East. Unlike those two businesses, however, the Riga food store has no direct investment from the church.

Path to the Store

Zelčs, whose parents joined the Adventist Church when he was 8, began seeking God in his own life in his late teens after attending Christian youth camps, including Pathfinder camporees.

“I saw people my age who had a relationship with Jesus,” he said. “I saw how God’s law is the best way to live.”

After completing his university studies, Zelčs worked for an engineering company that designed and built air-conditioning equipment for data centres. In the evenings, he invited strangers to evangelistic events. But he grew discouraged.

“There was no relationship,” he said. “People didn’t really trust me because they didn’t know me.”

In 2013, as he prayed earnestly about the matter, he happened upon a recorded Adventist seminar about business evangelism. The speaker suggested that a sustainable business — such as a hairdressing salon, a shop, a restaurant, a school, or a car mechanic service — was an ideal way to evangelize and could show the world that Adventists are healthy, happy, united, and peaceful. As a business, the evangelism would not be financed through donations but its own operations.

Zelčs liked what he heard.

“This is the way we can reach the big cities,” he said.

But he was young and had little experience. So he decided to pursue his engineering job for 10 more years and gather with some friends to open a construction company that would renovate churches.

After a year, Zelčs couldn’t wait anymore. He didn’t want to expend all his energy at work and go to bed exhausted when he could be using the same vitality to share Jesus. He wanted to see the miracle of people’s hearts being transformed by Jesus’ righteousness.

“The main idea that came again and again to my mind was, ‘If you want to see God’s miracles, you need to put yourself in a place where God can do miracles,’” Zelčs said.

He began to look for opportunities and sought advice from several people. The Adventist Church’s health director in Latvia told him that he had been praying for a health food store in Riga. Zelčs thought that was a manageable goal. He ditched the construction company idea in favour of “a very small shop selling tofu.”

Zelčs and the health director ended up funding most of the store’s start-up cost of 20,000 euros (U.S.$22,350) out of their own pockets, becoming the main owners. The other shareholders are a few church members and the store’s three salespeople. Monthly rent is 930 euros ($1,040) plus utilities for the store with 540 square feet (50 square meters) of retail space and a 485-square-foot (45-square-meter) backroom. Its main supplier is Country Life, an Adventist-owned wholesaler with nine health food shops and two restaurants in the Czech Republic. Zelčs said Country Life offers low prices and attractive payment terms.

“God has really blessed the store,” he said.

Zelčs said he still supports all forms of evangelism and sees merit in knocking on strangers’ doors. But he is eagerly waiting for the day when he will be able to invite his customers to health expos and other evangelism events. He believes it will be soon.

“When they see that you desire their good, they are so open,” he said. “They share their lives, and then real evangelism can take place. This is Christ’s method alone.” [tedNEWS]

Editor’s note: Adventist Review news editor, Andrew McChesney, is currently traveling in Europe with Trans-European Division Communication director Victor Hulbert and reporting on Adventist work in the region. For a list of others stories, follow the links below. Stories first published in Adventist Review.

Prayer and Faith Stop Rain at Pathfinder Camporee in Latvia
Stories of Faithfulness as Latvia celebrates 120 years of Adventism
Polish football player becomes an accidental evangelist because of the Sabbath
Polish Youth gear up for release of Mel Gibson’s Hacksaw Ridge film
Helping refugees ‘as important as preaching the Second Coming’
I am ready to be a bear in Serbia
Adventist lectures are bigger draw than theatre for some in Serbia
Adventists, spurned by Serbia’s bookstores, set up shop near Orthodox church

tedNEWS Staff: Victor Hulbert, director; Esti Pujic, editor
119 St Peter’s Street, St Albans, Herts, AL1 3EY, England
E-mail: [email protected]
Website: www.ted.adventist.org
tedNEWS is an information bulletin issued by the communication department of the Seventh-day Adventist Church in the Trans-European Division.
You are free to re-print any portion of the bulletin without need for special permission. However, we kindly request that you identify tedNEWS whenever you publish these materials. 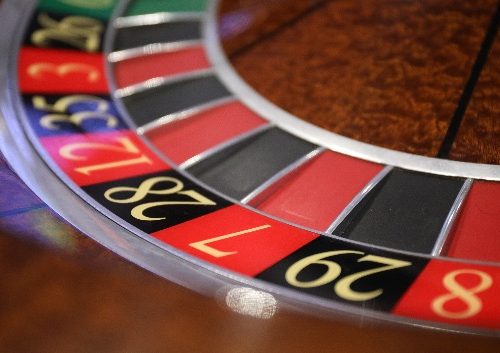 Luck, Coincidence or Providence? A Foster Child’s Journey Through Racism, Riots and Reggae to Faith

'There was something inside me that had always said there was a God in Heaven. I just did not know anything about Him'. 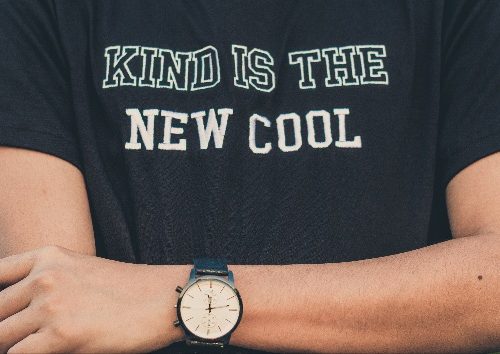